Get latest news at https://www.facebook.com/PianoPApp


In 2021:
I have redo Celestial Piano. It has 2 main apps. PianoC is to create pieces to practise. PianoP is to practise the songs with falling notes like Celestial Piano. They can be downloaded at
PianoP - https://apps.apple.com/us/app/pianop-piano-exam-practise/id1576042738
PianoC - https://appstoreconnect.apple.com/apps/1576105956/appstore/info
In 2013:
Here is the home page for Celestial Piano App. The iOS app is created so that I can learn to play piano without spending years. All that I want is to play Mozart Turkish March, Symphony No 40 and Liszt Liebestraum No 3. It will take me about 5 years to learn to play Mozart Turkish March which is a Grade 5 piano exam piece. And about 8 years to learn Liebestraum which is a concert piano grade. Fortunately, I have got myself a Korg 61 Microkey. 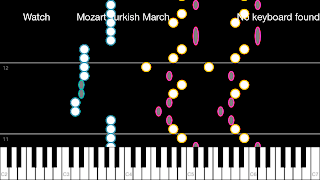 Connect Celestial Piano to your USB keyboard. It gives me a chance to find the right keys to play. And allows unlimited download of midi files and sound font. Sound font is the instrument sound that you can download from the internet. It is totally free. I hope many people will get the joy and serenity out of playing the keyboard.

Welcome to Yong Midi Keyboard android app! This is an app developed for piano music player.

We do not collect any user information.
Posted by Designer at 08:51 No comments:

Credits:
1. https://learn.adafruit.com/trinket-audio-player/overview for her library. I am not using Adafruit trinket player .ino code but rather a basic code developed from below link. Adafruit also use an older version of Winbond memory Winbond 25Q80BV.
2. http://www.technoblogy.com/show?QBB Here is where I learn basic to play music from Attiny85

I am going into external Flash memory because using EEPROM is limited in size. 512KB is about the max in 2017 and it is way more expensive. My earlier post on SD player is big in term of physical size. I would want something similar to Attiny85 dip size.

Libraries:
1. petit_fatfs.h (I have made changes on it, please see my earlier post on Attiny85 SD player
2. Adafruit_TinyFlash.h (I have make changes to work for my newer Winbond flash memory) 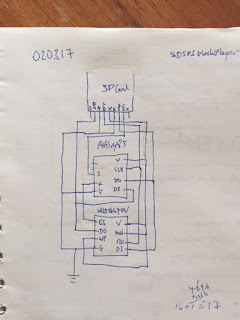 This is the minimum components. I have added a led connected to Attiny85 PB0 (DI) pin and to the ground. It is useful to have only 1 led to see the status of the operation or testing. PB0 is also used for the SPI operation. But you can switch it to output for the Led when you need it and turn it back to SPI  function. See attached source code below. 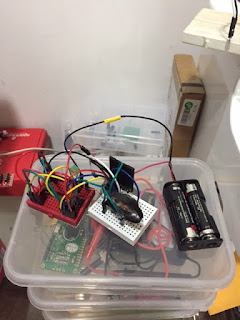 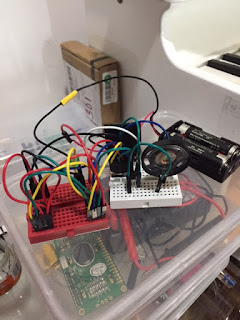 The red mini breadboard has the external flash memory W25Q64FV and Attiny85. 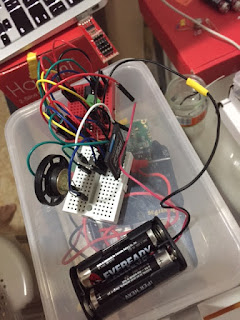 The mini white breadboard has the SD adapter and speaker with transistor.

In the video, I am playing Barney I Love You which I intend to put in my daughter Barney toy. My work in electronic is driven by my daughter desire. And when I ask her if you want a barney to sing, she said, "I want a Barney also dance with me." Don't think it is possible like reaching for the moon for your daughter. :)

Comments:
I find EEPROM easier to program than external Flash memory. Flash needs to be erase before you can write on it. EEPROM does not have this requirement. EEPROM has i2C which is only 2 wire  wire Flash and SD need 4 wires SPI. Only thing is that EEPROM has very limited memory size at about 125k byte at about $5. Flash has about 8M byte at $1.50. And SD has 8G byte at $7.50. For my purpose on a small toy, I would go for Flash at the time being.

Next I will be making 1 wire LCD. It has been make but I would like to study the 595 ic used in it and the these future projects in my spare time.

Posted by Designer at 04:01 No comments:

After doing a SD player, I continue to do a EEPROM player. First, I use what I learn in  my earlier post to build a SD to EEPROM WRITER using an Attiny85. Then, I turn on PWM to play the music from the EEPROM. So it is possible to use I2C and SPI together in Attiny85. I2C is used to talk to the external microchip memory 24LC256 DIP while SPI is used to talk to the SD card. The trick is to use beginTiny before each write (see source code below). The work is motivated by my 3 years old daughter who want a good Barney song in her Barney stuff toy. Next I will move to Winbond Flash with Attiny85 which I could hold the whole song.

Here is the photo: 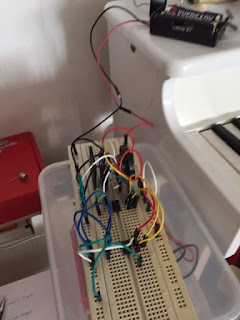 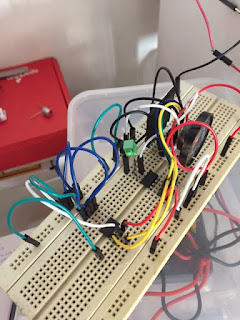 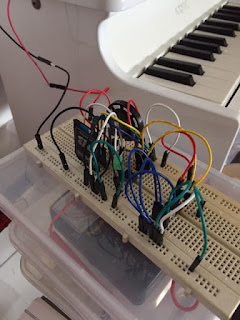 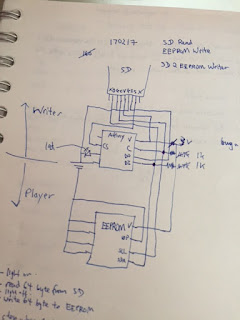 I am using 2 x 1k ohm resistor to pull up insteads of the 4.7k ohm resister as recommended in the link above.

Note:
I am using TinyWireM.h and make the following changes. As I am writing and reading 64 bytes at one time, I change the buffer to 67 in USI_TWI_Master.h below. And I find I do not need to change the clock speed from 1000.0 kHz to 8Mhz which my Attiny85 is running. It still runs!

Posted by Designer at 00:01 No comments:

Chan 2009 player has C and assembly code. I try to redo so that only I need only the Arduino IDE and Attiny85 with arduino or a USB tiny programmer. You need only to upload an .ino file to Attiny85 for it to play music from a SD card.

Credit for internet knowledge that lead to my work:
1. https://harizanov.com/2012/05/toying-with-attiny84-and-sd-card-in-arduino-ide/ for a link to the wrapper.
2. http://gizmosnack.blogspot.sg/2013/04/tutorial-usart-and-avr.html for spi pin connection
3. http://elm-chan.org/works/sd8p/report.html for the sd code
4. https://learn.adafruit.com/adafruit-wave-shield-audio-shield-for-arduino/overview for the double buffering code

The above components are optional. You can leave them out in the circuit diagram below. It will still work.

Difficulties that I encounter:
1. There is no sound. I was struck at this problem for a day. And I found it is because of a short circuit in DI and CS port of the SD adapter. I remove the bad solder and there is sound.
2. Wrong connection from SD to Attiny85. SD DO pin (second pin from the left) should go to Attiny DI pin (PB0). SD DI pin (third pin from the right) should go to Attiny DO pin (PB1).

Here is the circuit diagram: 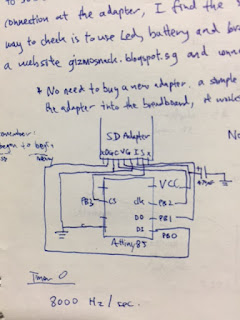 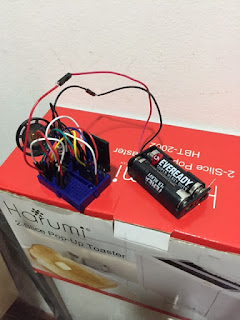 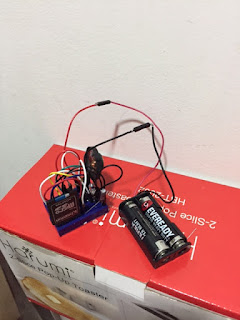 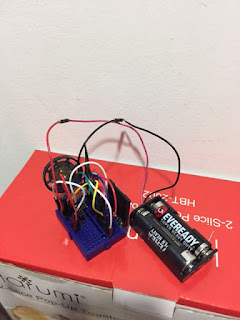 Here is the software .ino Please note the wav file is name love.wav in the source. Please get your own wav file by using iTune etc to produce a 8 bit 8000 hz wave file.

Attiny85 midi music in a Clock

My first music electronic player that can play 4 voices. 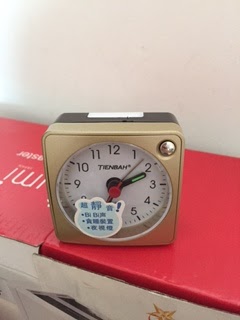 The circuit for Attiny85. 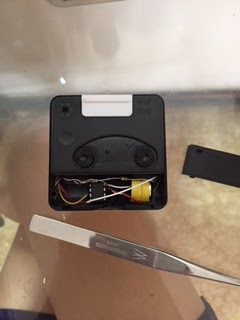 And the circuit diagram 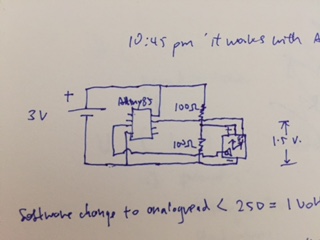 And here is the source code

Next:
-  I will be doing a SD player all in Arduino IDE.
- An app to convert midi file to hex for play in the source code.

Posted by Designer at 23:39 No comments:

As you play on your guitar, piano or violin, MIDI Enabled converts your playing into MIDI notes instantly and feed them to your DAW or synth apps.

1. For DAW recording and music learning, no extra hardware is required. MIDI Enabled uses your iPhone microphone to listen to your playing. You can see MIDI notes on your DAW.

2. For synth purpose, connect a headset or ear piece to your iPhone. MIDI Enabled uses your iPhone microphone to listen to your playing and send notes to your synth app. You can hear the synth sound in your headset.

It works and it is free!